The guide, entitled 「Torture Outside the Olympic Village: A Guide to China』s Labor Camps,」 is available online at
http://www.humanrightstorch.org/news/guide-to-olympic-village-labor-camps/
http://xiuxian.no-ip.info/rescue/upload_images/CIPFG_Labour_Camp_Guide_EMAIL.pdf

The Coalition to Investigate the Persecution of Falun Gong (CIPFG) presents a guide to labor camps and detention facilities just a stone』s throw from Olympic venues.

「When you come to the Olympic Games in Beijing, you will see skyscrapers, spacious streets, modern stadiums and enthusiastic people. You will see the truth, but not the whole truth…. You may not know that the flowers, smiles, harmony and prosperity are built on a base of grievances, tears, imprisonment, torture and blood.」–Open letter by prominent Chinese rights defenders Hu Jia and Teng Biao, September 2007.

When 25,000 reporters arrive in China to cover the Olympic Games, enthusiastic youngsters, glittering venues, primly trimmed parks and state-of-the-art subways will leave a strong impression. As Hu Jia and Teng Biao note above, however, there is another side to the 「New China」 that the Chinese Communist Party is much less keen on showcasing to the international community.

It is a China of electric cattle prods, of 18 hour work days, of unspeakable torture and humiliation, of religious believers forced to endure endless hours of 「thought reform.」 It is a China of 「re-education through labor」 (RTL) camps.

It is this China, its daily reality to millions of Chinese, and its incongruity with Olympic ideals of human dignity, peace, and non-discrimination, that this modest booklet seeks to bring forth.

The focus of this guide are seven labor camps and other detention facilities located in close proximity to Olympic venues and known to be particularly egregious in their treatment of adherents of the Falun Gong spiritual practice, a religious minority that remains the single, largest persecuted group in China today.

· Request that colleagues outside China e-mail or fax a copy of the guide to you inside China.
· Use circumvention tools available at http://www.internetfreedom.org/ to access the guide despite the censorship.
· Once you have obtained a copy, please re-post it on other websites, blogs, etc. By creating multiple copies on the web, the Chinese government』s blocking of the original becomes obsolete. 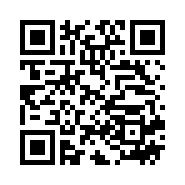